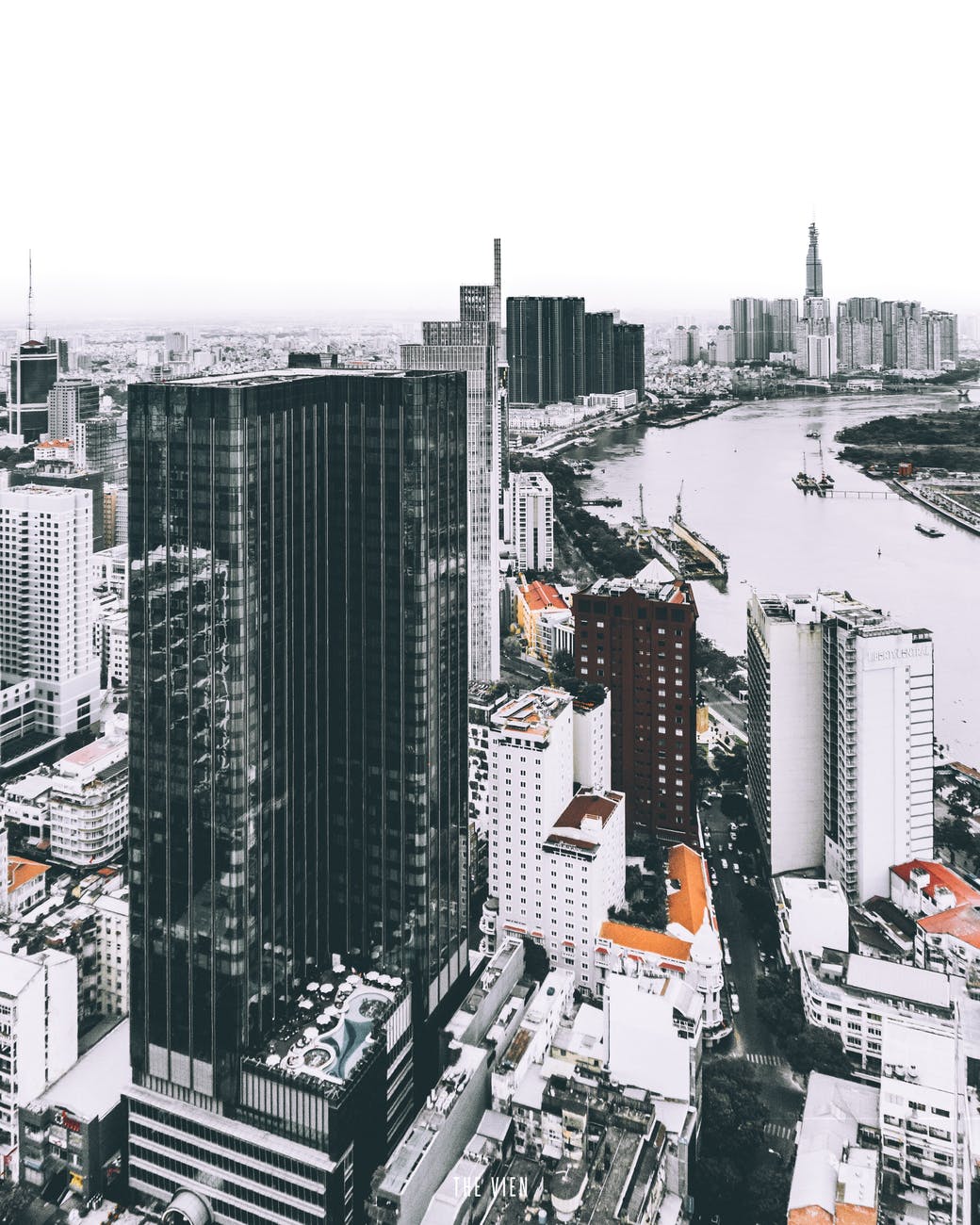 For many years, Vietnam, along with many other third-world countries, depended heavily on coal as the cheapest and most accessible energy source. But, technological advancements and rising environmental concerns have made renewable energy sources more appealing.

Vietnam has recently experienced a tremendous solar photovoltaic (PV) boom, marking the beginning of the country’s biggest and most swift energy transition. In 2021, Vietnam’s solar energy capacity was roughly 16.6 thousand megawatts, which is hardly compared to the previous year.

The Growth of Solar Energy Market in Vietnam

Ever since the growth of the usage of solar energy capacity, the market is expected to be driven by factors such as increased investment opportunities in the renewable energy sector and the country’s continued attempts to transition away from fossil fuel-based energy production. Moreover, Solar PVs are significantly less expensive than other solar technologies and have a much simpler installation process.

Since solar systems come with Solar PVs and a solar inverter, it is crucial to keep them safe from getting damaged due to external factors such as sunlight and dust, especially the solar inverter. They must be kept and safely guarded inside solar inverter covers to stop them from being prone to damage.

Approval of FiT in Vietnam

Feed-in-tariffs are responsible for almost all of Vietnam’s success in recent years with solar energy (FiT). FiTs promote investment in renewable energy by helping to assure producers a price well above the market.

FITs help to minimize the risk associated with renewable energy production because they typically involve long-term contracts. After the previous FiT program expired in June 2019, the government of Vietnam completed the latest solar FiTs in April 2020.

Furthermore, the new tariffs are 10- 24 % lower than before, remain consistent throughout all regions, and are distinguished by type, such as floating, rooftop, and ground-mounted.

Amount of Power Consumption of Vietnam

The country’s rapid industrialization has fueled a surge in demand for energy in general and electricity in particular. Due to its large population, rapid economic growth, and steadily declining deposits in its current oil and gas fields, Vietnam has become one of the fastest-growing energy markets in Asia.

According to the Institute of Energy of Vietnam (IEV), Vietnam will experience an increase in power supply and consumption over the next couple of years, posing a threat to its energy security. The Vietnamese government expects that power consumption will increase at a rate of 10-12 % per year through 2030, making it one of the highest growth rates in Asia.

Moreover, according to Vietnam’s Ministry of Industry and Trade (MOIT), localized power shortages in Ho Chi Minh City’s manufacturing hub are expected to begin in 2021. By 2030, the city will be short of 7.5 % of its total capacity, or more than 10,000 megawatts (MW).

Moreover, during the first seven months of 2021, Vietnam’s power demand was 130 billion Kilowatt-hours. Thus, it can easily be predicted to grow continuously in the following years.

Being previously reliant on fossil fuels and coal for electricity generation, the country of Vietnam now has more than 101,000 rooftop installations on homes, office buildings, and industrial facilities, resulting in a 25-fold exponential rise in solar generating capacity in just a year.

Vietnam, the second biggest electricity consumer among Southeast Asian countries, is already one of the world’s fastest-growing levels of energy supply, driven by rising economic success and steadily increasing use of air conditioning systems and household appliances.

Consumption has been increasing at a relatively stable 6 % per year over the last 20 years, according to the IEA. The four biggest consumers, which are Indonesia, Vietnam, Thailand, and Malaysia, account for much more than 80 % of the overall regional demand.

With energy demand in Vietnam expected to rise by more than 10% per year over the succeeding years and the power capacity required substantially increasing, the Vietnamese government is pushing quickly to diversify its electricity generation, which would include plans to generate more energy from renewable sources.

In addition to wind power, the solar industry is expected to boost the market growth of the country’s renewable energy capacity in the coming years.

As the country recovers from the pandemic-induced economic turmoil, energy consumption is expected to grow by more than 9 % over the next decade, beginning in 2021. In a draft report, the Ministry of Industry and Trade (MoIT) predicts that Vietnam will require approximately US$128.3 billion in investment to advance its electricity industry between 2021 and 2030.

The revised FiT was announced after the Vietnamese government announced plans to double its power generation capacity throughout the next couple of years. It will increase the share of renewable energy to 20 % in an effort to minimize dependence on energy sources such as coal.

Moreover, in late 2019, the Prime Minister of Vietnam granted the overview of the National Power Development Plan VIII, which is set to be completed in 2021. The PDP VIII covers 2021 to 2030, with a vision of 2045, and two main objectives are renewable energy advancement and investment attraction.

The plan promotes the development of renewable energy while discouraging hydroelectric power. Also, renewables provided 13 % of power in 2020, to increase to 30% by 2030.

The Vietnamese government acted quickly and decisively to reduce domestic COVID-19 transmissions. As a result, the country will arise from the pandemic in a stronger position than many of its neighbors.

While other markets in the region are likely to experience a recession as a result of COVID19, Vietnam is poised for another year of strong economic growth. However, at a slower pace than in past years, it is anticipated to range between 2.7-5 % compared with 7 % in 2019.

Renewable energy development, particularly solar power, is receiving particular attention in Vietnam from both the government and the private sectors. Along with developing available resources such as solar resources, it is critical to remove existing obstacles by providing investors incentives for solar energy development.

Moreover, investors face numerous challenges in obtaining preferential loans because Vietnam seems unable to produce local equipment for renewable energy projects. Some had access to preferential loan applications, but they experienced additional challenges, such as having to purchase the technology explicitly mentioned by the lender.

Another issue is the administration of renewable energy projects, as the overlapping management makes it challenging for investors to access investment processes. Consequently, the Ministry of Industry and Trade is responsible for the renewable energy management, planning, and licensing core unit.

In recent years, the Vietnamese government has made significant progress in promoting solar energy development. However, there are numerous other impediments, such as locations currently attracting a large number of registered projects, but power systems on the project site lack the necessary capacity to absorb electricity from solar power projects.

Vietnam has one of Southeast Asia’s most efficient power markets, owing to low-cost resources like those hydro and coal. In contrast to neighboring countries, the country has achieved roughly 99 % access to electricity at a relatively low cost.

With electricity demand expected to rise by 8 % per year until 2025, the government is working on developing renewable energy sources to help guarantee energy security and satisfy rapidly growing power demand. Furthermore, the Vietnamese government has consistently recognized the significance of establishing electricity development objectives to ensure national energy security and socio-economic growth.

The government is looking for ways to increase the amount of renewable electricity in both power generation and consumption to promote more sustained economic development. In addition, in an attempt to lessen reliance on fossil fuels, preserve national energy security, and make an essential contribution to climate change mitigation, the government issued Decision No 2068/Q-TTg on November 25, 2015, approving the National Strategy of Renewable Energy Development by 2030 and Vision to 2050.

In 2014, renewable energy accounted for only 0.32 % of total energy consumption in Vietnam, with just 4 megawatts (MW) of installed solar capacity for generating electricity available in 2015.

Investments such as in solar energy skyrocketed in just the span of five years. As a result, according to the most recent data, Vietnam now has 16.5 GW of solar power. Furthermore, some standards and guidelines must be followed when investing in renewable energy in Vietnam.

For instance, an investor can invest in a power project in Vietnam in two ways: (1) as a non-PPP project or as a fully private sector investment under the investment law, or (2) as a PPP investment project in which the government and the investor enter into a PPP concession agreement to distribute the risks associated with the project between both parties.

At present, all renewable energy investment projects have been granted a license under the investment law system because there is no separate legal provision in Vietnam that offers a comprehensive system to implement a renewable power project.

As a result, power sector investment projects must demonstrate compliance with a multitude of rules and regulations, including but not restricted to the Law on Investment, the Law on Land, the National Power Master Plan, the Law on Construction, the Law on Enterprises, the Law on Electricity, and the Law on Environment Protection.

Although foreign and domestic investment in renewable energy is increasing, there are tons of things to be done to alleviate investor concerns. Despite policy liberalization in recent years, investors face several challenges, including:

To keep up with rising demand, Vietnam would need around $10 billion annually between now and 2030. With so many high capital requirements, the current regime has permitted full foreign ownership of Vietnamese energy companies.

Foreign investors can invest in a joint project, a public-private partnership (PPP) in the form of a BOT agreement, or a 100 % foreign-owned corporation.

What are the Future Investment Opportunities in Vietnam

Vietnam is one of the top ten countries when it comes to installed solar energy capacity, according to the International Renewable Energy Agency (IRENA). The country’s aspirational green energy goals have positioned it to become a regional and international leader.

Also, foreign investors, primarily in solar and wind power projects, are already aware of the country’s fairly flexible terms and policies for project financing. According to data, foreign investments in Vietnam’s sustainable energy have increased significantly in recent years.

Renewable energy is well on its way toward becoming widely popular in Vietnam. As investments in solar and wind energy grow, so does the country’s identity as a leader in renewable energy in Asia and beyond.

Countries worldwide must reduce their carbon footprints and address climate change to fight climate change. With the benefit of the tropical monsoon country’s solar radiation, Vietnam sees solar power as among the primary sources of clean, renewable energy development. The country’s recent efforts to diversify its power, with a strong emphasis on renewable energy investment, have put it in a strong position.