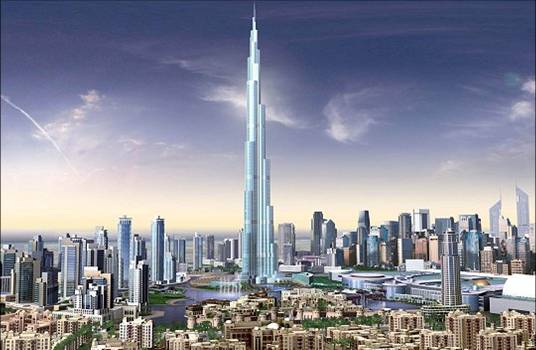 The United Arab Emirates, much like some of the other countries throughout the Middle East, is doing what it can to ensure it becomes much more energy efficient and starts using more renewable sources of energy. Dubai, much like its neighbor Abu Dhabi, is doing what it can to ensure the entire state becomes much more clean technology friendly. This includes adopting initiatives, creating organizations dedicated to renewable energy and energy efficiency, and creating new project to help the state reach its renewable energy and energy efficient goals. Listed below are just ten of the highlights of clean technology in Dubai, United Arab Emirates.

1 ) Dubai Targets Five Percent Renewable Energy by 2030. A majority of the existing power supply in Dubai comes from natural gas and the energy demands in the state have increased over the last ten years because of megaprojects as well as a growth in high-rise buildings. In 2010, officials announced new power types to diversity energy sources in Dubai. One of the latest plans is to have five percent of the power supply come from renewable sources of energy by the year 2030. This will help the United Arab Emirates’ overall goal when it comes to renewable energy use.

2 ) Recycle Dubai. Recycle Dubai is an organization that looks to “provide a service that will promote sustainability, inevitably decrease waste and carbon footprint on the environment.” Recycle Dubai looks to become a primary entity in Dubai to provide eco-friendly solutions for both residents and commercial businesses. For example, services for businesses include picking up old paper to be recycled, including magazines, cardboard boxes, and old brochures, as well as providing an environmental consultancy service.

3 ) Dubai Recycling Park. National Projects Holding Co. signed an agreement in 2006 with Dubai Industrial City to create the Dubai Recycling Park, the very first fully integrated waste management and recycling park throughout the entire Middle East. This concept was developed by the vice president of the United Arab Emirates and the prime minister of Dubai. It will be placed in 1,500,000 square feet and greatly reduce carbon dioxide emissions in the region. “We plan to revolutionize the way the Middle East manages waste by establishing up to a dozen different recycling plants within the Dubai Industrial City,” said Musaed Al-Saleh, Vice Chairman and CEO of National Projects Holding Co. “This will not only handle the in-flow of waste from the booming Dubai Industrial City from its green field commencement, but from across the Emirate of Dubai and the greater UAE as well.”

4 ) Solar Energy International offers Solar Training in Dubai. Solar Energy International partnered with PTL Solar Academy in February of 2012 along with the British University in Dubai and the first established renewable energy training institute to create an on-site and hands on introductory solar training – the first in the United Arab Emirates. The PTL Solar Academy is a green initiative providing education and training to individuals to help them become professionals in the field of solar sustainability.

5 ) ABB Makes Fountain in Dubai Energy Efficient. In February of 2010, ABB, a leading international power and automation technology group guaranteed that the electrification of Dubai Fountain, which is part of the Burj Khalifa complex, will be energy efficient. ABB supplied a number of technologies to help ensure high quality and quick delivery of an energy efficient solution to the landmark project. Tarek El Gani, ABB local division managed for low voltage products in the Gulf said that “ABB’s products and solutions are ensuring the highest power quality and availability for the fountain, which thousands of residents and tourists will enjoy every day.”

6 ) Dubai Airport Cuts Carbon Dioxide Emissions. In March of 2012, it was noted that the conservation efforts at Dubai Airport are paying off not only financial dividends, but also environmental benefits. Through a number of energy and fuel saving initiatives in 2011, Dubai Airport was able to reduce carbon dioxide emissions by 72,793 tons, save 131.9 million gallons of water, and achieved $4.33 million (Dh15.9 million) in total fuel savings. “We take our environmental responsibility very seriously and as we step up efforts to limit our footprint, it’s becoming increasingly clear that green business is good business,” said Dubai Airports CEO Paul Griffiths. Examples of this include installing energy-saving occupancy sensors and lightings, and implementing a number of water and energy saving technologies. “Our ultimate goal is to contribute to the development of a clean, sustainable future in which airports, aircraft and all ancillary services are carbon-neutral,” added Griffiths.

7 ) Dubai Plans $3.3 Billion, 1,000 Megawatt Solar Park. In January of 2012, Dubai unveiled new plans for a $3.3 billion, 1,000 megawatt solar development to aid with its 2030 energy strategy. Known as the Mohammed bin Rashid Al Maktoum Solar Park, it will be built in two parts, with the first phase, a ten megawatt solar park coming online by the conclusion of 2013. The facility will be located approximately 30 kilometers from Dubai City and will combine concentrating solar power with solar photovoltaics.

8 ) Over 100 Dubai Buildings Use Energy Saving Cloud Tech. In May of 2011, more than one hundred buildings throughout Dubai started to latch onto Pacific Control Systems’ machine-to-machine energy efficiency technology in an effort to combat the rising costs of utilizing HVAC systems to keep computers cool. This system provides energy savings of around 30 percent, which offset the initial costs of installing the program.

9 ) Dubai Developing the First Rotating, Energy Efficient Building in the World. Dubai is currently looking into plans to build the first rotating building in the world with independently moving floors that will be completely energy independent. Known as the Dynamic Tower, this building will have revolving floors that are powered by wind turbines located between each floor. It will also have photovoltaic cells installed on the roofs of all apartments so each unit will be able to produce electricity.

10 ) Renewable Energy Companies Set up in Dubai to Reach the Market. Dubai’s continuously growing profile for a worldwide hub for investment and business received a boost when RUBBNIUS, a renewable energy and smart grid enabling company, selected Dubai to establish global operations and reach the world market. The company opted for Dubai because of its strategic location between Asia and Europe, amazing connectivity, business-friendly environment, and access to global project financing. “Energy-efficient and clean technologies are fast moving up priority lists worldwide. Dubai and the UAE are leading the region in embracing and advocating smart energy choices. RUBENIUS choosing Dubai as the ideal platform to develop and export its capabilities means Dubai is acquiring new competencies and the capacity to bring strategic investments to other countries, while itself being a preferred investment destination,” said Fahd Al Gergawi, CEO of Dubai FDI.

Article by Shawn Lesser, Co-founder & Managing Partner of Atlanta-based Watershed Capital Group – an investment bank assisting sustainable fund and companies raise capital, perform acquisitions, and in other strategic financial decisions. He is also a Co-founder of the GCCA Global Cleantech Cluster Association ”The Global Voice of Cleantech”. He writes for various cleantech publications and is known as the David Letterman of Cleantech for his “Top 10″ series. He is also author of The 2012 Cleantech Directory. He can be reached at [email protected].