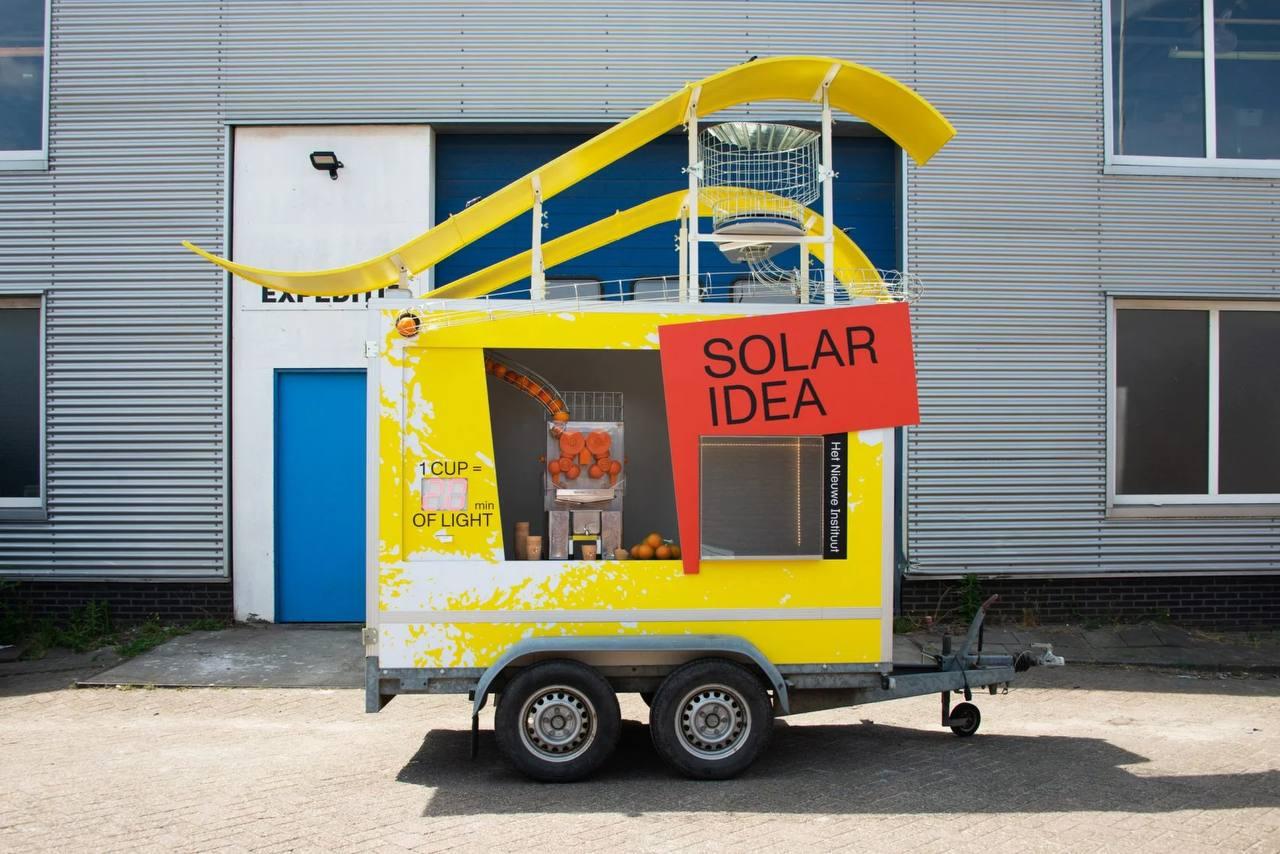 Today, the field of ecology and conscious lifestyle is gaining popularity, and not only accounts with advice on how to live a greener life appear on social networks but also pages where you can find many new and interesting facts about rational and eco-friendly life.

Solar energy is one of the alternative forms of energy that should replace fossil fuels in the near future so that our planet is not overtaken by a climate catastrophe. In this text, we will talk about 10 unique technical devices powered by solar energy, which you can tell about in your Instagram profile if you are an eco-blogger, and which will just be curious to know about. If you want great results, buy Instagram followers right after you post about it – then your audience will grow even more!

1. A kiosk that makes orange juice using solar energy has appeared in the Netherlands. The Cream on Chrome studio placed solar panels on the sides of a streamlined van and connected a juicer to a generator to demonstrate how solar energy optimizes the solution of simple tasks. The installation was installed in Rotterdam as part of The Solar Biennale festival: juice is poured for everyone.

2. In South Africa, teenagers under the guidance of the university built a train that runs on solar energy. Due to the theft of cables, the circulation of railway transport in the country has decreased by 2/3 over the past 9 years. And this train is autonomous – it is powered by photovoltaic panels on the roof. The maximum speed is 30 km per hour, right now the wagon runs through the test site. If everything goes well, it can be used to travel around the country.

3. Designer Pauline van Dongen has invented photovoltaic upholstery that can make buildings more environmentally friendly. This is a lightweight and durable “textile” that can turn facades lined with it into solar energy accumulators. Thanks to its texture, it is more adaptable and flexible than classic solar panels.The “fabric” is woven from organic photovoltaic solar cells and recycled polymers. It can even be sheathed with glass to create a shadow and accumulate energy at the same time.

4. This one is going to be most interesting to the Instagram bloggers, we think: post several stories about it, buy real Instagram followers to max out the effect and don’t forget to share the link to the product! In Hong Kong, solar powered watches will be produced. The main idea of the startup is to make “green” energy a part of everyday life. The case is made in the aesthetics of a heliostat (an old instrument for a telescope), without batteries, which would have to be discarded with wear. Solar energy is stored in a rechargeable battery. Now the company Matte Works is raising money for the production of watches on Kickstarter. It’s strange that they didn’t come up with it earlier!

5. In Melbourne a building is being built where the facade will generate solar energy. 1,182 solar panels will be placed on the facade, and several dozen more will be on the roof. They are indistinguishable from conventional finishes: the panels have the same heat and sound insulation properties. There will be no windows on one of the walls of the building – only solar panels that will create shade and collect energy. It turns out that the design compensates for the carbon footprint from the construction site for several years.

6. Innovative blinds from a British startup will be able to turn any window into a solar battery. If there is no access to the roof, and you want to switch to alternative energy, roller blinds can be used as blackout curtains and as a solar panel at the same time – thanks to a thin photovoltaic film on the surface. The blinds will be connected to a mobile app so that owners can turn the batteries on and off remotely.

7. There are windows made of algae – more precisely, with algae inside – they generate energy and absorb CO2. Green panels photosynthesize and grow, the more sunlight – the faster. They absorb about 0.6 m2 of carbon dioxide for every 0.3 m2 of algae. Carbon nanoparticles are added to the water where algae grow: they capture heat, convert it into electricity using a generator and feed it back into the building. Green windows help to save on air conditioners, electricity and heating.

8. A Dutch startup showed the world’s first electric car that works on solar energy – the miracle of technology costs €250 000. Solar panels were placed on the hood and roof: it can travel about 70 km per day only on the energy of the sun. The maximum speed is 160 km per hour, and acceleration to 100 km per hour occurs in 10 seconds. The sun is not the only way to get energy, the car, like other electric cars, can simply be charged from the mains.

9. In Italy, there is a highway that charges electric cars while driving. It works like the wireless charging of a smartphone, but for a car – the track was called the “Arena of the Future”. A series of coils have been built under the asphalt, between which energy is transferred to charge vehicles while driving. The road can be connected to solar panels or wind turbines, and aluminum cables are also suitable for the arrangement of the structure, which is much cheaper and easier to recycle. You can charge any electric car, you just need to equip it with a special receiver.

10. Tricycles powered by solar panels — this is how urban transport of the future may look like. Infinite Mobility has created a bicycle to overcome the “last mile”: it is as fast as an electric bike (even as an electric car), and thanks to solar panels it is much more economical. With a battery capacity of 60 watts/km, tricycles can travel up to 10 thousand km per year only on solar energy — this is quite enough for a citizen.