JSF Holdings (Pvt) Ltd is providing Japanese Quality Solutions for efficient use of renewable energy for residential, commercial, industrial and ground mounted solar systems for the local market. SF Corporation (Pvt) Ltd manufactures & assembles Solar Panels in Sri Lanka to cater to the domestic and export market under the brand of “SAKURA SOLAR”

Solitra Power (Pvt.) Ltd. was incepted in the beginning of 2012 subsequent to the solar power systems being introduced to Sri Lanka during the latter part of the year 2011. It was established under the guidance of the Sri Lanka Sustainable Energy Authority having registered under PV 87778. The Head office of Solitra Power Company is located at No. 73, Modarawila Road, Morawinna, Panadura. They are specialized in designing custom tailored solar [...] 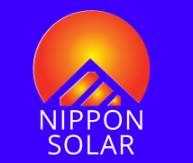 Nippon Solar is a customer focused company solely dedicated to providing ideal solutions for enhancing energy efficiency, increasing the use of solar energy and empowering of small and medium scale businesses through innovative technologies and established in 2015.

Sri Lanka and Solar inverter are used below Solar Projects

Sri Lanka is arguably one of the fastest developing economies in the South Asian region. This is surprising for most people because the nation recently came out of a civil war spanning three decades.  Do these excellent fortunes extend to the country’s solar market?

At the end of 2019, Sri Lanka’s solar capacity stood at 215 Megawatts, 10% of the country’s collective renewable capacity. The nation’s solar energy capacity is expected to hit 1.5 Gigawatts by 2025. This foreseen increase in the nation’s solar aptitude is primarily attributed to the Renewable Energy development plan of 2019 -2025.

So far, the Ceylon Electricity Board, the plan’s implementation body, has awarded tenders for 300 and 500 Megawatts. According to recent studies, these projects will go a long way in quelling approximately 2 Gigawatts of solar energy demand expected in the foreseeable future. If the government of Sri Lanka maintains its support for renewables, solar installers and professionals can expect vast opportunities in the future.

You can expect to find various solar equipment categories, including solar panels and charge controllers in Sri Lanka. Still, if you can’t find what you need locally because the Solarfeeds family is here for you. You can get competitive quotes by sending a request through our website’s inquiry page. Also, you don’t need to worry about how you will receive your equipment.  Sri Lanka boasts of several ports and a healthy logistical network to deliver any solar equipment.