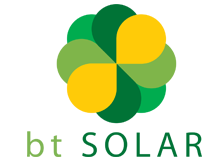 BT Solar is a company that deals sales and installation of photovoltaic systems. The company was founded in 2009 with the aim of becoming a recognizable company in the field of solar energy.

Croatia and Solar inverter are used below Solar Projects

Croatia holds immense potential when it comes to its renewable energy generation and reliance. This has prompted the government to set an ambitious target of 30% renewable energy consumption by 2030.

In 2008, the renewable energy capacity in Croatia was only at 1%. By 2018, it was at 17%, which signals a 15% yearly growth rate for the country’s solar and renewable energy capacity. This projection was detailed in the government’s program to boost solar capacity – the National Renewable Energy Action Plan.  To boost this growth potential, the Croatian government has looked at improving feed-in-tariffs and premium tariff support schemes.

As of 2021, the projected solar energy capacity in Croatia is at 6.8 GW. Of this capacity, 5.3 GW is attributed to utility-scale PV plants and the rest (1.5 GW) is attributed to rooftop solar systems.

There are two major solar power equipment suppliers and manufacturers in Croatia. For those looking for more options, there are plenty of suppliers online that are available, giving you more options to suit your solar needs.

The seaport industry is a crucial part of Croatia’s economy and trade. Therefore, you have plenty of options when it comes to the logistics and transport of solar power equipment. These seaports include