Hybrid Inverters used for below projects in Pakistan 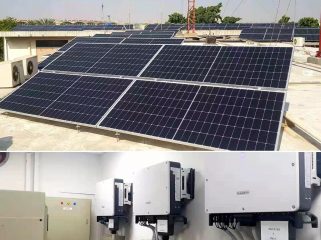 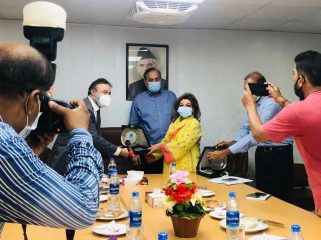 What Is a Hybrid Solar System?

What Are the Advantages of a Hybrid Solar System?

Hybrid solar systems offer two primary advantages to their potential users. These advantages are as follows:

Hybrid solar systems are less expensive than off-grid solar systems. With this kind of solar system, it is not needed to have a backup generator, and the capacity of the battery bank can be downsized. Additionally, off-peak electricity from the utility is also cheaper than diesel.

The introduction of hybrid solar systems has opened up many interesting innovations. New inverters let homeowners take advantage of changes in the utility electricity rates throughout the day. Case in point: solar panels happen to output the most electrical power at noon — not long before the price of electricity peaks — but though that’s the case, the building can be programmed to consume power during off-peak hours (or from the solar panels). Long story short, smart solar such as the hybrid PV system holds a lot of promise.

What Are the Equipment Needed for Hybrid Solar Systems?

Why Buy Wholesale Inverters for Hybrid PV Systems from Us?

Our website lists all sorts of inverters for hybrid PV systems from established and well-respected manufacturers and brands all over the world. As a result, you can expect that the hybrid solar inverters that we offer are of the best variety. They are characterized by numerous remarkable features, such as higher efficiency, sturdy construction, and a longer lifespan. In other words, all the hybrid solar inverters that we offer will undoubtedly have the ability to fulfill all your solar power needs.

If you want to buy inverters for hybrid PV systems at low wholesale prices, then go through our website to explore products with profitable deals. You can also choose to send in your query at info@solarfeeds.com.