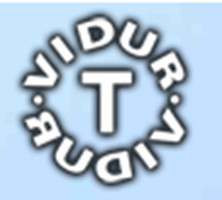 Spain and Mounting System are used below Solar Projects

What is Solar Energy in Italy?

The solar energy in Italy has seen a major surge in this industry among other European countries such as Germany, Turkey, Spain, and the Netherlands.

In July 2005, the country started its first “Conto Energia” program to support the development of renewable power, and the result so far has been remarkable. In 2018, Italy added solar PV capacity of 437 MW, and its PV market grew by 7%.

The major driving factor in the Italian PV market has been solar rooftops, and the number of solar installation projects with more than 1 MW capacity increased in in 2017 and 2018.

Italy is considered the country of sunshine which makes the nation very favourable for the installations of solar energy production plants and farms. In Central-Southern Italy, the annual solar radiation can range from 4.7 kWh per square metre per day, and 5.4 kWh per square metre per day in Sicily. While the other regions also have a very high solar energy production potential making Italy one of the leading countries for the production of solar energy, as well as in the sector of research and technological innovation.

The solar energy in Italy has seen a major surge in this industry among other European countries such as Germany, Turkey, Spain, and the Netherlands. Italy’s PV market is known as one of the photovoltaic markets that definitely deserve a place in the solar energy spotlight. In fact, during the first ten years of the new millennium, Italy was on the third spot after Germany and Spain to experience a significant boom in solar installations after encouraging the citizen through government incentives. This made most of the manufacturers and citizens embrace and support solar power.

In 2010, The Montalto di Castro Photovoltaic Power Station was completed and it is considered the largest photovoltaic power station in Italy with 85 MW solar capacity. Along with this largest PV power station, there are also other large PV plants like Cellino San Marco with 42.7 MW capacity, San Bellino with 70.6 MW capacity, and Sant’ Alberto with solar capacity of 34.6 MW.

Aside from conventional solar PV technology, Italy is also known for its developing concentrated solar power (CSP) technology. To function efficiently, this concentrated solar technology requires higher direct solar irradiation, which makes the country suitable for this technique as Italy has more exposure to sunlight. Furthermore, the southern regions including the islands of Sardinia and Sicily also offer good conditions for CSP technology, the reason why the Italian government provided large investments to promote this solar power development.

Currently, there are three solar plants running in the country. The first one is the Archimede solar plant, which was installed on the island of Sicily in 2010, attaining a solar capacity of 5 MW. Moreover, planning and promotion for the CSP technology will undergo several additional projects which would add another solar capacity of 360 MW, annually.

As of now, Italy for being known as “sunshine-blessed” country is currently the second-largest market in Europe in terms of installed solar power generation capacity. Which then, achieved over 20 GW of photovoltaic (PV) power plants in 2018. This year, the Italian solar power market is expected to enter a new series of growth, particularly investing in “grid parity” projects that mostly rely on corporate power purchase agreements (PPAs).

Solar racking or solar mounting systems are for fixing solar panels on the rooftop or the ground.  As a solar installer, you require solar racking products that safely keep solar panels in place through installation.  Solar tracking systems are generally made from aluminum, which is ideal for rooftop solar mounting installations due to their strength and low weight compared to other metals.

Keep in mind that besides residential solar mounting, the commercial & distributed solar energy market and the utility-scale solar energy segment are growing by more than 50% year-over-year for photovoltaic (PV) installation.  Particularly, the utility-scale market is estimated to grow to nearly 10 GW of capacity by 2020. So, as an installer, there are huge opportunities for you to grow your business by supplying and installing solar mounting systems to these segments. Buying wholesale solar racking systems is likely to increase your chances to fulfill your business objectives. Even though solar racking is a key part of any solar installation, the cost of racking is taking just a small portion of a total installation. The National Renewable Energy Laboratory (NREL) states that the cost of solar racking is nearly $0.10 per Watt (W). Considering that, racking should constitute just about 3% of the total system cost.

The main reason behind this is the cost. Usually, roof-mounted solar systems are less expensive than ground-mounted systems. It is because the rooftop solar panels only need the rooftop as the main structure to sustain the panels, along with the racking system. This saves costs, which will otherwise go up due to the aluminum or steel structures that are required to support ground-mounted solar panels. Logically, if your solar installation business mainly revolves around residential rooftop solar installation, you can buy wholesale solar racking systems at a low cost and can leave out ground-mounted systems.

The installation process of a ground-mounted system comprises the following important steps, mainly for a foundation mount type. First of all, you need to set up system design:

Why buy Solar Racking from us?

SolarFeeds is a  multiple wholesale vendor eCommerce marketplace where you can find high-quality roof-mounted and ground-mounted solar racking systems for supplying to the residential, commercial, and utility-scale sectors.   We collaborate with leading manufacturers, who offer solar racking or mounting systems to solar installers at the wholesale price so that they can provide smooth and seamless experiences to customers.

The purpose of SolarFeeds is to connect manufacturers and solar installers to get into profitable business partnerships on supplying high-quality solar mounting systems for years to come. Such business liaisons will help both parties to do profitable business by reducing their operating costs and increasing revenues.  Whether you already know exactly what racking products you want to buy for doing business, you can check out multiple offers on our website from various solar racking manufacturers before making the final decision.  The easiest way to connect with wholesale solar racking manufacturers is to register with SolarFeeds, where qualified manufacturers offer quotes for solar installers. You can easily specify the particular equipment you are looking for during the registration process. We address the challenges of cost and quality issues that solar installers face by providing a platform where buying bulk products at low wholesale costs will solve your cost-efficiency and steady supply problem. Also, it will further enable you to offer customers a full scope of services from design to delivery and installation. If you want to buy wholesale solar racking systems in a low price range, then check out the online marketplace to explore a wide range of quality mounting systems. You can also send us your query at [email protected]