BIPV used for below projects in Philippines 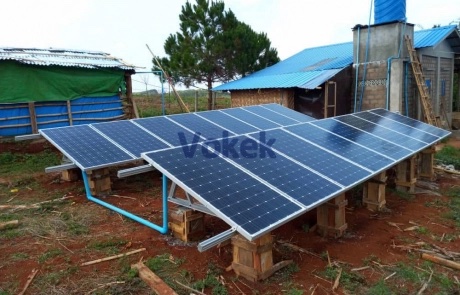 Types of BIPV Suppliers in Philippines

The Philippines’ growing solar market is due in part to the Philippine Energy Plan that has outlined the policies and steps needed for the country to reach its target of 20 GW renewable energy by 2040 (or 15 GW by 2030). As of 2021, the country’s solar energy generation capacity is at 1.2 GW.

The solar power market in the Philippines takes on a liberal approach. It is also regulated through the Republic Act No. 9513 that promotes the development, utilization, and commercialization in the harnessing of renewable energy sources in the country.

With the power consumption in the Philippines forecast to grow with a compound annual growth rate of 5.8 percent, the government believes in the importance of increasing its power generation capacity as well. Since the country does not import electricity, it is important that alternative sources be looked into in order to cope with the demand. Its tropical location that provides year-round access to sunlight makes solar power a valid option as a renewable energy source. The government has already expressed its plan to deploy more solar PV installations in order to reach its target solar capacity by 2030, as outlined in the National Renewable Energy Program.

There are several manufacturers of solar power equipment in the Philippines. For those looking for more options, you can find plenty of online and global distributors and suppliers.

The Philippines is an archipelago so there are plenty of seaports to facilitate trade and logistics of solar equipment. The top ports in the Philippines include

What is a Building Integrated Photovoltaic or a BIPV?

Building Integrated Photovoltaics serves more than one purpose. BIPVs produce electricity by the piezoelectric effect and serve as protection for any structure.

BIPVs are installed to provide shed, block sunlight, and give a modern look to any building, all this while producing electricity from sunlight.

Where is a BIPV used?

A BIPV is integrated into a structure like conventional buildings. BIPVs replace glass windows with Solar windows, parking shed rooftops with solar roofs and solar shades in place of translucent covers. All these changes make the look of any structure modern while being extremely useful.

Solar panels are silicon-based photovoltaic cells that produce electricity from sunlight. With micro adjustments according to the application, these cells transform into BIPVs. Based on various applications, there are broadly four types of BIPVs.

How does a BIPV work?

BIPVs use opaque or transparent solar cells connected in series to each other to give a substantial amount of current output. These photovoltaics are located in the portion of the building exposed to the sun the most.

What are big manufacturing brands of BIPVs?

Tesla Energy is one major brand in the USA backed by Elon Musk. They manufacture solar cell tiles for residential rooftops. Customers get a variety of tiles according to the required strength and size.

Some other contributors in this niche are: