Solar Tracker used for below projects in El-Salvador 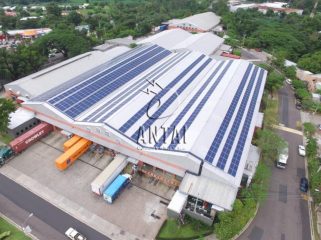 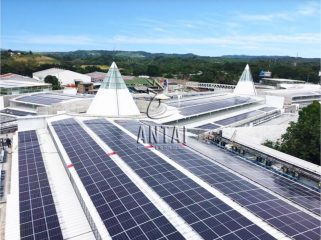 Despite being the smallest country in Central America, El Salvador is one of the strongest proponents of renewable energy production in the region. This is part of the government’s commitment to reduce emissions and to increase energy efficiency while utilizing the country’s tropical climate. The hot and humid weather, along with the high rate of sunshine per year, makes it the best location to utilize solar energy and other renewable energy sources. The average daily solar radiation in El Salvador is measured at 5 kWh/m2.

The National Energy Policy mandate in El Salvador has helped to boost its renewable energy production. Currently, it accounts for over 60% of the country’s energy production, although solar sources only contribute to 4% of that.

This is set to change in the coming years, though, as El Salvador is focused on increasing its solar PV installation capacity. They have helped increase PV generation capacity through auctions since 2014. Still, it cannot be denied that the solar market in El Salvador is still in the nascent stage and the government is looking at investment incentives and other policies to encourage development of solar PV.

There is currently a limited amount of domestic investments on solar generation plants in El Salvador. However, there are plenty of global suppliers and distributors that can be tapped at the moment for those looking to make solar installations.

The Port of Acajutla is the primary seaport in El Salvador that facilitates the handling and logistics of solar equipment and other goods (both import and export). This makes it convenient for anyone looking to order from top suppliers for solar installations.

In addition to this, there are other smaller ports like Port of La Union and Port of La Libertad