First Light Technologies products are manufactured at Victoria, Canada headquarters. They source materials locally whenever possible to ensure quality, participate in local economies and to improve sustainability. Their mission is to make outdoor spaces better for people. To make solar lighting the first choice for outdoor lighting, they work relentlessly to improve the performance, design and simplicity of their lights so that they are the most [...]

Sunforce Products Inc. is the world leader in consumer based renewable energy products. Their complete line of solutions enable anyone to utilize energy saving products for security and off grid power requirements. With over ten years of experience in a rapidly evolving market, Sunforce Products is the proud and worldwide exclusive licensee for Coleman branded renewable energy products.

Think Green Solutions specializes in offering turnkey LED solutions for your business. With over 10 years experience in the industry, their team has seen the evolution of LED technology firsthand and they understand the challenges faced by business owners. 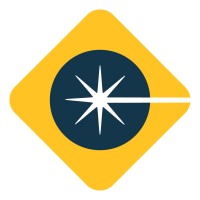 Carmanah is a leading manufacturer of compliant solar and AC-powered systems for traffic safety with thousands of installations across North America. Since 1996, they have built a reputation for delivering durable and dependable solar- and AC-powered systems to cities, militaries, and commercial facilities worldwide. Their portfolio of safety technologies is focused on the prevention of driver and pedestrian fatalities and injuries in [...]

Canada and Solar Street Light are used below Solar Projects