Solar Fences used for below projects in Brazil 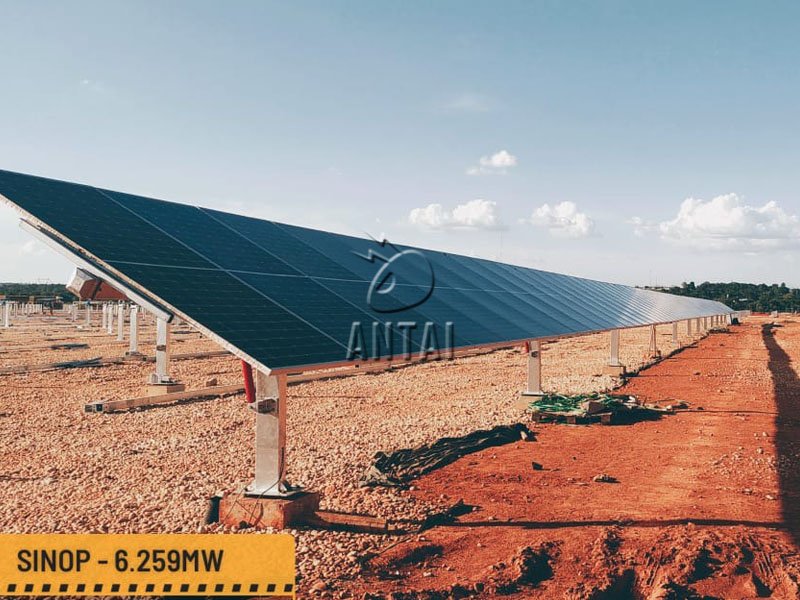 The solar tracker plant with the installed capacity of 6.25MW, located in Brazil is under smooth construction and is expected to be commissioned in lated January 2022. Antaisolar provided Tai-Simple solution, the solar tracker with single-slew-drive design to

Brazil’s solar market has been growing at a steady pace over the last ten years. As of February 2021, the country’s cumulative installed solar capacity stood at approximately 8 Gigawatts. Nearly six months down the line, the South American nation has hit the 10 Gigawatts of the installed capacity mark. Any solar installer or sector professional can attest that adding 2 Gigawatts in 6 months is a monumental achievement.

Still, approximately 13 Gigawatts of unsubsidized solar projects are currently underway across various regions in Brazil. According to a forecast report by Fitch Solutions, Brazil’s solar capacity is expected to grow by around 23 Gigawatts in the next decade. This strong growth outlook is a clear indicator of vast opportunities in the Brazilian market.

Do you need quality, affordable solar equipment? Visit our website’s inquiry page, place a request and you will be good to go. In essence, Solarfeeds.com is a one-stop solution to all your solar equipment needs.

The quality of transport infrastructure determines a market’s growth capacity. Well, the quality and scope of Brazil’s logistical infrastructure is something to smile about. The country boasts of several major ports, including Santos port, Santarem port, and Vitoria port. It has an excellent road network and many reputable logistics companies.

What are Solar Fences?

In today’s modern world, security becomes everyone’s main concern in almost everything, and protecting properties is not excluded from that. Just like an electric fence, solar fences produce a current shock when someone or something touches them, thus providing protection and security to a property. The only difference is, solar fences are powered by solar energy, not by the utility grid. It is commonly used in residential and business properties but eventually became popular on solar parks, farms, highways, and fields as well.

Solar fences are cost-effective and efficient, getting protection while making use of solar energy. It is also quick and easy to install and has low maintenance costs. Most of these fences are also equipped with alarm systems.